A View of My Quilt Life

Where has the past three weeks flown to?

To be honest, after juggling the finish on the last three pieces and getting them off to competition, I needed a break.  Now that I had a breather and dusted off the sewing machine pedal, I'm back stitching.

Let's start with a show recap:
The Summer Solstice 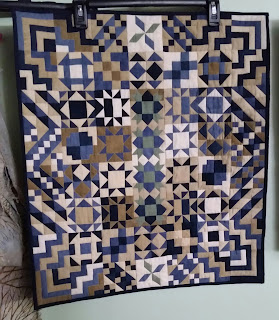 and the Phoenix quilt 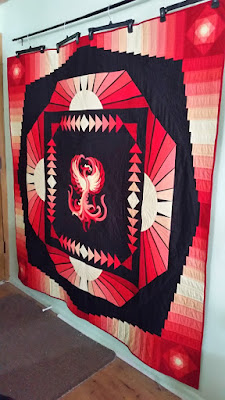 were both entered in an annual LQS show.  Neither of them placed. Not entirely surprised (though a little disappointed), as the LQS show participants/attendees are more traditionally focused (civil war repro/wool/etc.) and the Phoenix was big, bold & bright! I design what I feel and knew it would be outside their norm. Nothing wrong with either - just different! 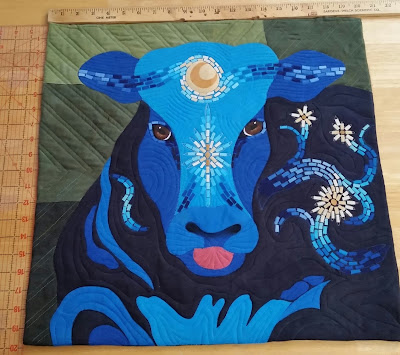 was my entry into the Cherrywood Fabrics Van Gogh Challenge.  While I did not make the initial cut of finalists (now dubbed the French Gallery), 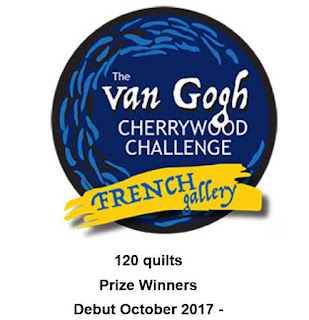 I made it into the second group of finalists (The Dutch Gallery). 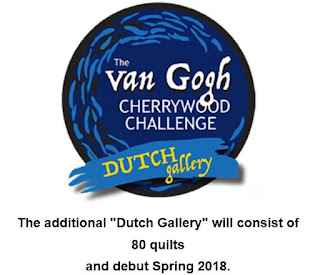 Now - on to what's under my needle now: 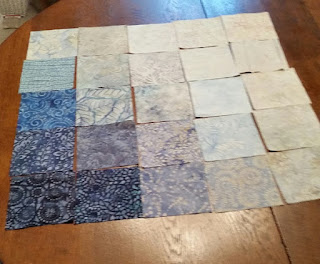 It's just a small bit, that I'll tell you more about it later. 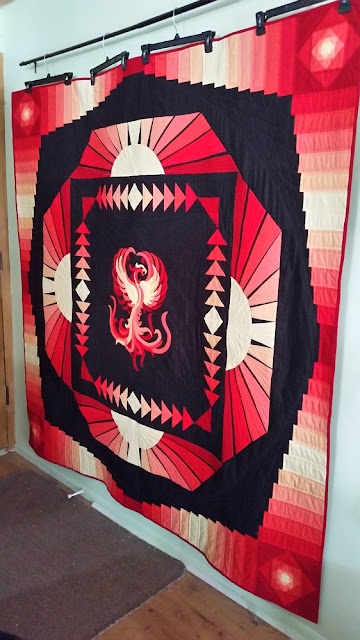 It's hanging in the studio, needing a final tape roller cleaning before going off to the show but it's done and I'm happy! 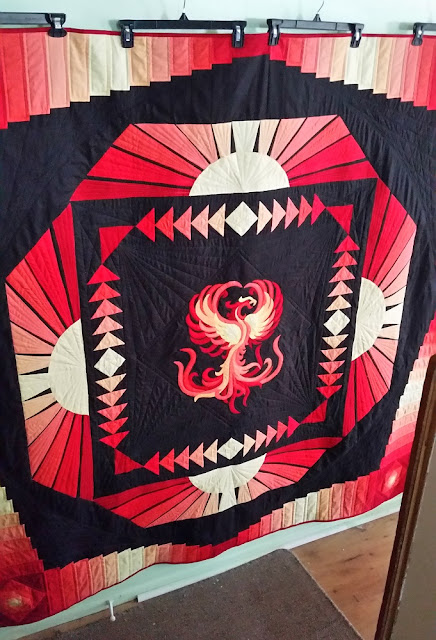 On to the next challenge.

I'm a wife, regulatory affairs associate, mommy-lady to 3 cats and currently leasing a Morgan gelding. I am addicted to fabric, love to quilt - from designing, piecing, applique (hand & fused) to quilting (hand & machine) and have a small collection of Singer sewing machines - vintage & modern. My style is Traditional/Twisted Traditional/Art, all depending on my mood. This blog is mostly quilt/fabric/fiber related but life is in here, too. Come on along for the ride.